Learning to code in Python: The Basics

Python is a widely-used, interpreted, object-oriented, and high-level programming language with dynamic semantics, used for general-purpose programming. It was created by Guido van Rossum, and first released on February 20, 1991.

What is Python used for?

Before starting it should be clarified that this is a basic tutorial, Python is a very extensive language, for example there are an infinite number of methods in the types of data or an overwhelming amount of things we can do in Object-Oriented Programming but in this tutorial we will not see, but I will bring more tutorials with more complex things.

To start programming we have to start with the basics, we will install Python, a code editor and learn the most basic things of Python.

The first thing we must do is go to the Python website at https://python.org 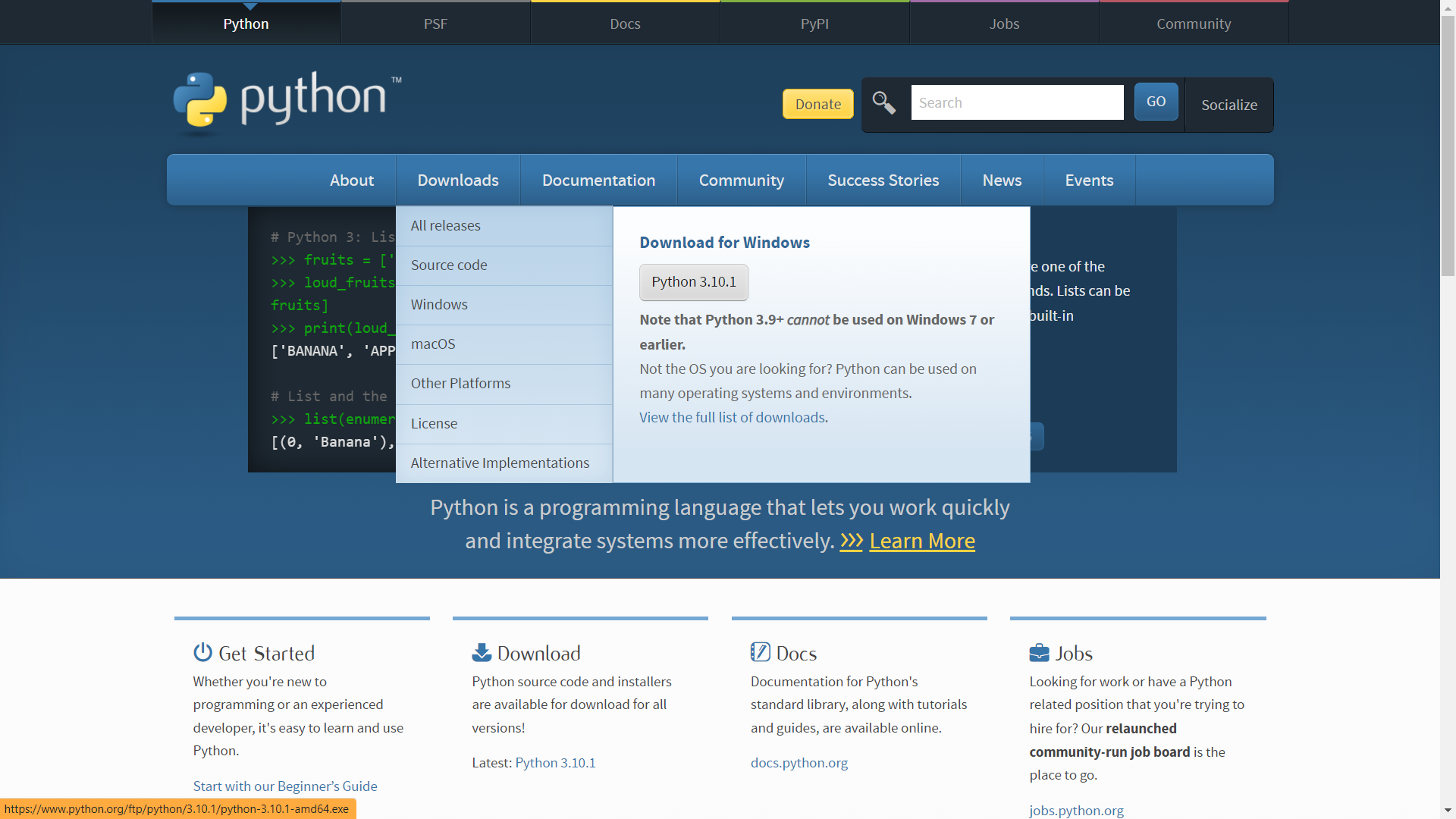 When you have downloaded it, just execute the file, BEFORE INSTALLING MAKE SURE THAT THE OPTION THAT SAYS ADD TO PATH IS ACTIVATED.

Then just press continue until it is installed.

After installing Python search for Sublime Text in Google and select the option to download.

When you are in the download menu you only have to select the option compatible with your operating system, when it has been downloaded you install it. 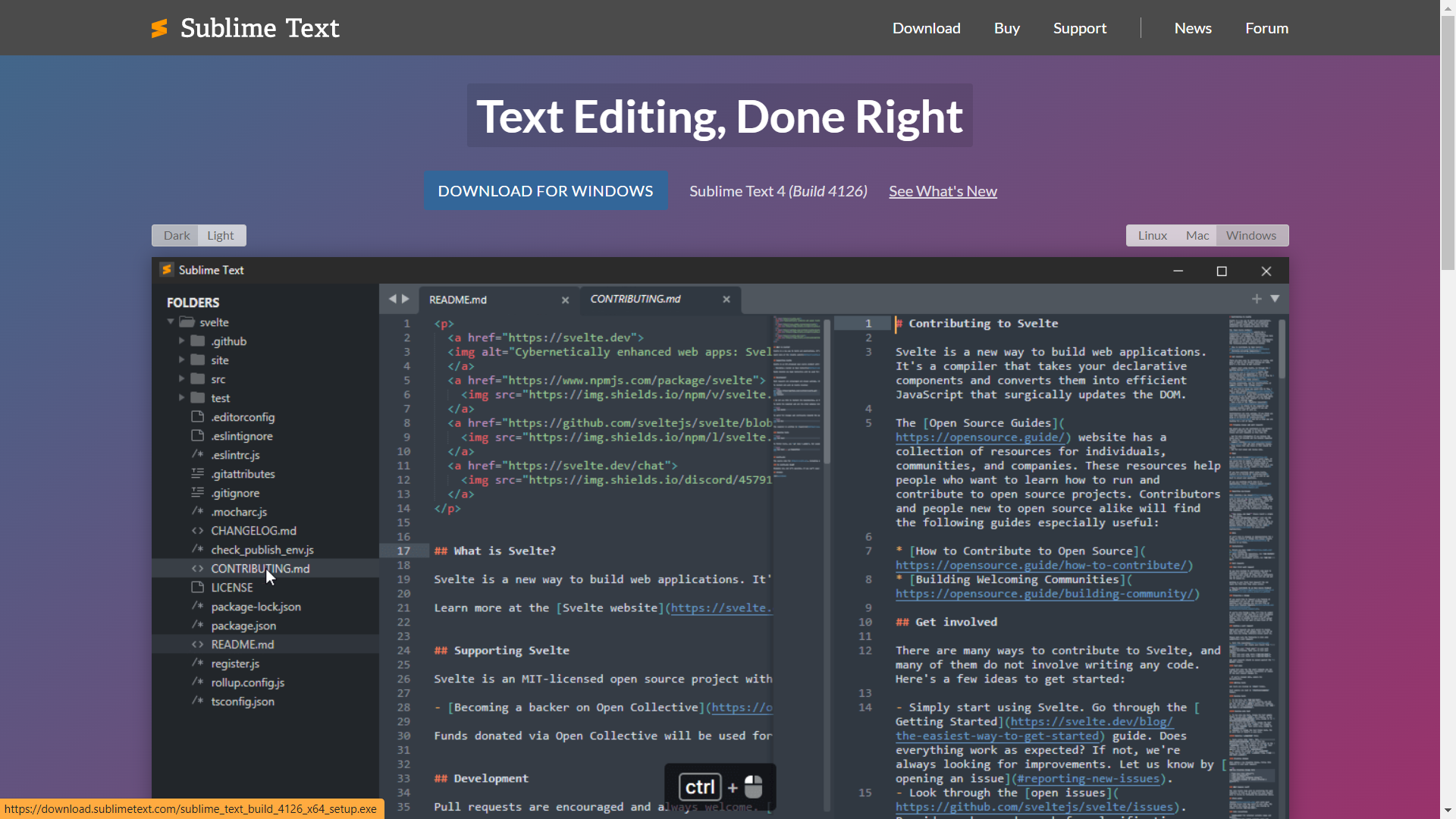 The REPL is a console interface where you can enter instructions written in Python, In this case I am only going to show you the REPL to begin but we are not going to use it more after this.

The first thing we must do is open our terminal.

In Windows we only have to press Win+R and a pop-up menu will appear, just type cmd and press enter.

To open it in MacOS, you can open the Applications folder, then Utilities and double-click on Terminal.

And in Ubuntu press Alt+F2 and type “gnome-terminal” and then enter.

If your operating system is not here, look on the Internet to find out how to open it.

When you have the terminal open just type python in Windows, OR in MacOS or Linux python3.

If you get an error on MacOS or Linux try just typing python.

If you get an error in any operating system try to reinstall Python.

Here you only have to write this and something magical will happen.

And if you did it correctly in the terminal you should get the text Hello World.

Congratulations you have already written your first line of code, but this is nothing now let’s do the real code.

Before we start we must activate the file name view.

In Windows you must go to the file explorer in the view section and activate the option called File Name Extension. 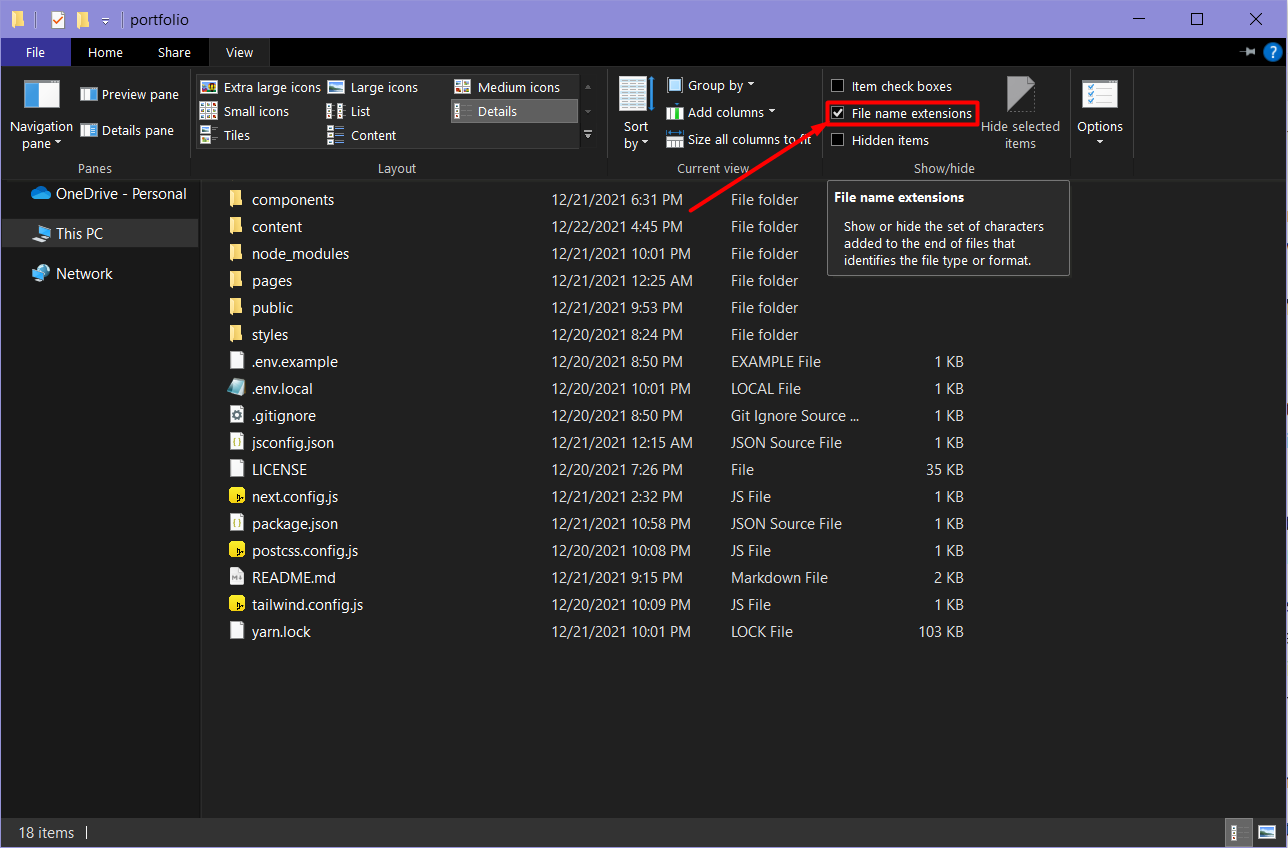 To create our executable we open Sublime Text, press Ctrl+N and then Ctrl+S, here you name the file followed by the extension .py and save the file in a path you remember so you can later enter that path from the terminal.

When you have saved the file, open the terminal and move to the directory with the command cd.

for example if your file is in the directory C:/Users/user/downloads/index.py and taking into account that by default Windows leaves us in the user folder to enter the file folder we should write

We save the changes with Ctrl+S and in our terminal we write python file you must replace the word file by the name of your file and press enter.

And if everything went correctly you should get the text “Hello World” in the terminal.

In Python a comment is a text that is not executed and is initialized with the # symbol.

This serves us for example to explain what our code does, I’ll show you with an example.

In this case we use the comment to explain the function of a program, but you can write anything inside a comment.

A variable is a space in RAM where you can save data for later use.

This allows us to save very important data for the operation of a program, for example, someone’s name, how many lives a character has, etc.

To define a variable in Python we have the following syntax.

As we see in this example we put a name to the variable then a sign = and assign a value.

Now the variables have certain rules, one of them is the names, the variables cannot begin by number and cannot be put as name reserved words of the language.

when naming variables it’s very good practice to put a self-descriptive name to them, for example if you want to refer to the number of attempts that a person has you can put number_of_attempts instead of number.

If you are observant you may have noticed that the variable name is written in such a way that each word its separated by a _, this is called Snake Case and it is a good practice to use it when you have more than one word as a variable name in python.

And now you have a superpower you can save values in variables and with the print() function pass it through the screen, let’s try.

We are going to define a variable and then print it for this we must use print(variable) changing variable by the name of the variable that we assign, then we are going to write it in code.

and if we run it it will result in the following.

Now what if we want to ask the user for data?

In Python there is a function called input() for that.

In this code we are asking the user to write their name, and as we see is a variable to which we say that its value is what the user enters.

Ok now we are going to make an exercise to put in practice all that we learned, it is quite simple, what you must do is ask a user his age and then you must pass it through the screen, but the code must have comments that explain what each thing does.

ATTENTION: DO NOT GO TO THE RESULT IF YOU HAVE NOT DONE THE EXERCISE, THE ONLY WAY TO LEARN IS TO PRACTICE.

If you want to see how to solve it go to the final.

Now let’s talk about the data types in Python, each one has unique properties so let’s see all of them.

Strings are free text variables, in them we can do anything, and we have to be careful with that because it doesn’t matter what a number is if it is in a string, it will be treated as if it were text.

All strings are enclosed in quotes, they can be double quotes (") or single quotes (').

In the strings we have a special property, we can create strings that are going to be shown exactly as they are, counting line breaks, this serves us for example to place ASCII art in our scripts, for it we must place 3 double quotes (""") at the beginning and at the end.

We are going to see an example.

if we execute this code this will be the result.

Integers are numbers that, as their name implies, are integers, that is, they do not have a decimal place. Let’s see an example.

Floats are very similar to integers, the only difference is that they always have a decimal place.

It should be noted that both integers and floats accept positive and negative numbers.

Booleans are very interesting types of data because there are only 2 ‘True’ and ‘False’, and as its name says it means true and false, and these are written as they come out here with the first letter in capital letters, this type of data will serve us when we talk about flow control.

Let’s see an example in code.

Now what happens if we have a type of data and we want to transform it into others, for that we have the following functions represented in the tables.

These work exactly the same way when you pass them a variable and transform it into another type of data and this is especially useful when we use things like input(), which you should keep in mind that anything can be transformed into a string, but only numbers within a string can be converted to float or integer.

Let’s make an example of how we can use this.

In this little script what we do is take the variable called “lifes” which is a number in string form and transform it into an integer type.

Operators are useful for many things in Python, for example you can use them to compare, do mathematical operations or make relationships, they exist of different types and let’s see them.

Let’s put an example that we want to make a script where you can place a year and your year of birth and you get how old you will be in that year.

Before you worry to see the print(f"{var}") I am going to explain it to you, this is what is called in python a f-print, in this between the keys we can put variables or operations and the result of them will be printed on the screen, this saves us work and complications.

And to finish this first part I challenge you to make a simple script in Python and leave it in the comments, I will be reviewing them.

Answers to the exercises

WARNING: IF YOU HAVEN’T DONE THE EXERCISES GO BACK UPSTAIRS AND DO THEM, IF YOU DON’T DO THEM THIS TUTORIAL WILL BE USELESS.